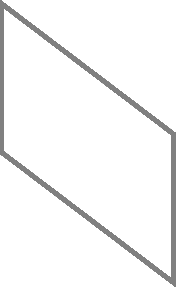 A recent study by econsultancy outlined that many marketers believe collaboration will suffer most in a distributed work environment.

Working from home can throw up challenges but transforming the work environment offers also opportunities to strengthen collaboration and structure and to bounce new thinking around.

In order to create new thinking, competing views have to be celebrated and debated. Remote working offers just the right environment for this.

Often brainstorming sessions only collect a fraction of the ideas people want to share. Usually two people do more than 50% of the talking. People want to be polite and not talk over each other, thus some good and original ideas will never be heard, and the group will most likely be influenced by an idea presented early on and the discussion will follow a certain course.

To avoid that only a few ideas are looked at, it helps to explore ideas in several smaller groups rather than one big group. The reason being, if a collective identity emerges and the group moves towards the median (something to be avoided), it is easier to mix groups up again.

When collaborating remotely, team members have to be more intentional while sharing information. Also, every group member is made more easily accountable as everybody has to participate.

Another advantage is the time you have to think on your own between group sessions. Pondering a challenge needs breathing space. If a group gets stuck, it is easier for people to reflect on their own, so that the creative juices can work in the background and people can reflect subconsciously about the problem.

Getting back together as a group after a 1-2-day break will reduce the barriers to discussions that were previously stuck. It will also be much easier to restate an issue, or to break it down into more manageable parts and move forward with fresh minds and thinking.

A collection of very varied ideas is much easier to structure when everybody has to participate in generating ideas.

The so called “nominal group technique” is said to outperform interactive groups in brainstorming and this lends itself to perfectly remote working groups.

In its simplest form, everyone’s opinion is taken into account as opposed to traditional voting, where only the largest group is considered. Each idea is collected along with a short explanation. Duplicates are then eliminated from the list and the ranking of the suggestions can begin.

Each group member must give their reasoning for the ranking which, in turn facilitates discussion and helps to identify areas of common ground as well as the exploration of various ideas that might be combined.

Remote group work in short intense bursts is ideal. Working (and thinking) individually and then coming together as a group will get rid of a lot of useless chatter and distraction.

Methods to collect and evolve ideas:

You share a database. Each team member can write their ideas without judgement and keep focus without being sidetracked or interrupted by side discussions.

If you used “cyber-storming” to create a list of ideas, then you can move on to the nominal group technique process. Depending on the outcome, selected ideas can be split among group members to be further evolved. Each advanced idea can then be explained to the rest of the group. You can vote again to narrow down which path to take and to work on further.

Like a date, you split the group into pairs and give them allotted time to discuss the issue at hand via a private chat (e.g. Skype). The pairs switch and “date” another member of the group. This is an interesting way to expand on ideas and to collect often unexpected outcomes.

Our brain works best when we are curious and not afraid of silly ideas. If we overcome the notion that we have to sit opposite each other to collaborate, we have the chance, geographically and departmentally to access more knowledge, e.g. brains from colleagues we normally do not tap into. Seemingly unrelated elements can be connected, and the outcome might surprise positively.

Key to success while collaborating online is discipline and the appetite to experiment. Discipline might sound counter intuitive when thinking of generating ideas, but a lot of face to face brainstorming sessions are not efficient because of the lack of structure and time to think individually. All these obstacles are instantly removed through remote working.

The source of great ideas is difficult to forecast and testing what works best is part of learning. Keeping an open mind and accepting the crazy ideas will bring opportunities to take steps to innovate.

COVID-19: a silver lining for marketing?

To the point The role of marketing in investment management firms has fundamentally changed due to the COVID-19 pandemic.Many marketing teams have stepped into a new role with greater responsibility for business-relevant outcomes and have proven they are up to the...
Read More

Are we getting left behind by our clients?

B2B clients are changing the way they engage with business partners and buy from them. Is your business up to speed?

How well is Europe represented on your European Board?

Despite Brexit, the UK remains the European jumping-off point for many US businesses. But most UK executives have little (if any) European experience. We think there are better ways of doing things.

The advantages of near sourcing

Near-sourcing can be used as a strategy to help manage the execution of ‘business as usual’ activities and balance the workload of your teams.

The advantages of near-sourcing: freeing up your people to focus on the things that matter

If your marketing team is stretched, you might want to think about how you’re deploying your team. Read our insights.